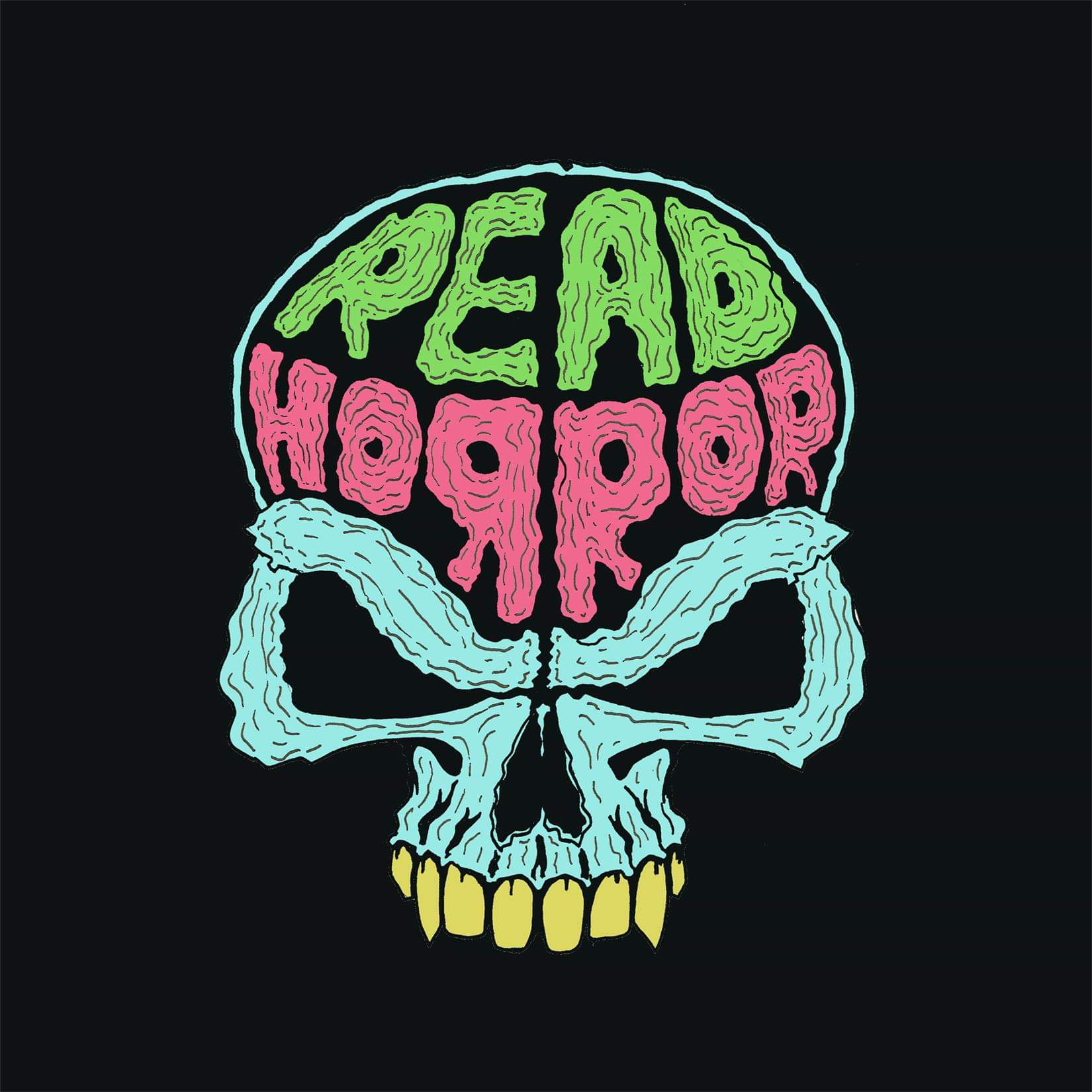 Want to know who we’ve signed for 2021? We’ve talked about a couple titles in previous articles, but next year is Don Noble and Nicholas Day’s 5-year anniversary of owning and operating Rooster Republic, so we are releasing a complete collection of Don Noble’s short works, which will include original art and an original novella, as well as the finished, full text of TRAILER TRASH SAMURAI (portions of which have been previously anthologized). In addition to this, we will be releasing OCTOBER ANIMALS, a new novella from Nicholas Day. Both of these will be limited releases, and will have a pre-order window during summer 2021.

Hailey Piper (whose latest, THE WORM AND HIS KINGS, is available for pre-order from Off Limits Press) has signed on to release a new horror novel through Strangehouse Books, and this is one hell of a manuscript. We are tempted to call the book “Cronenbergian” but we aren’t sure that really does the story justice. It’s more than that. This book will knock yer socks off. It’ll be getting the hardcover treatment, as well, and we’ll have further announcements over the next couple of months. But, go ahead and get excited.

Those three releases are it for Rooster and Strangehouse in 2021! We are very excited for each of these books, and we are looking forward to trying out some new stuff on the production end. But that’s by no means an end to who we’ve signed in the last week!

After our brief open submissions period, in September, we found four great manuscripts for Journalstone’s imprint, Bizarro Pulp Press. As of this morning, we’ve got contracts from everyone we’ve contacted. So, let’s look at what we’ve acquired!

First, we have a follow-up poetry collection from Ronald J. Murray. His LOST LETTERS TO A LOVER’S CARCASS is a kind of ‘spiritual sequel’ to this year’s CRIES TO KILL THE CORPSE FLOWER, so if you found yourself a fan of that collection, start looking forward to this new one! We expect, tentatively, that this title will release in July.

Second, we have THE RUN FANTASTIC by Luke Kondor. If you aren’t familiar with him, yet, then chances are you will be soon enough. He has a title coming out through Eraserhead Press as a part of their “New Bizarro Author Series,” which should be available before the end of this year. THE RUN FANTASTIC is tentatively set for an August release.

Third, we have a harrowing bit of transgressive splatter from up-and-comer Kyle Wright. IN CONTROL packs a lot into its ~20k words, and is an easy pick up for fans of claustrophobic, intense narratives. We expect this novella to release in September.

Fourth (and final), is J.B. Rockwell’s CRIMSON KING and we really, really need you to know that this “creature feature” is about a gigantic, murderous, mutated bull with glowing green eyes and the unfortunate ability to hold a serious grudge. We felt that this was the perfect title to release in October.

And that is that! We hope you’re looking forward to our 2021 lineup as much as we are. We may even have an extra surprise or two in store, but it just wouldn’t be fair to all of you if we let all these cats out of this bag all at once. We have to keep some of the cats. Sorry.

In the meantime, the last of this year’s Bizarro Pulp Press offerings, John Bruni’s TALES OF UNSPEAKABLE TASTE, is now available for pre-order direct from Journalstone! If you pick up a physical copy, you’ll get the e-book with your purchase, just FYI. Let us know what you think! 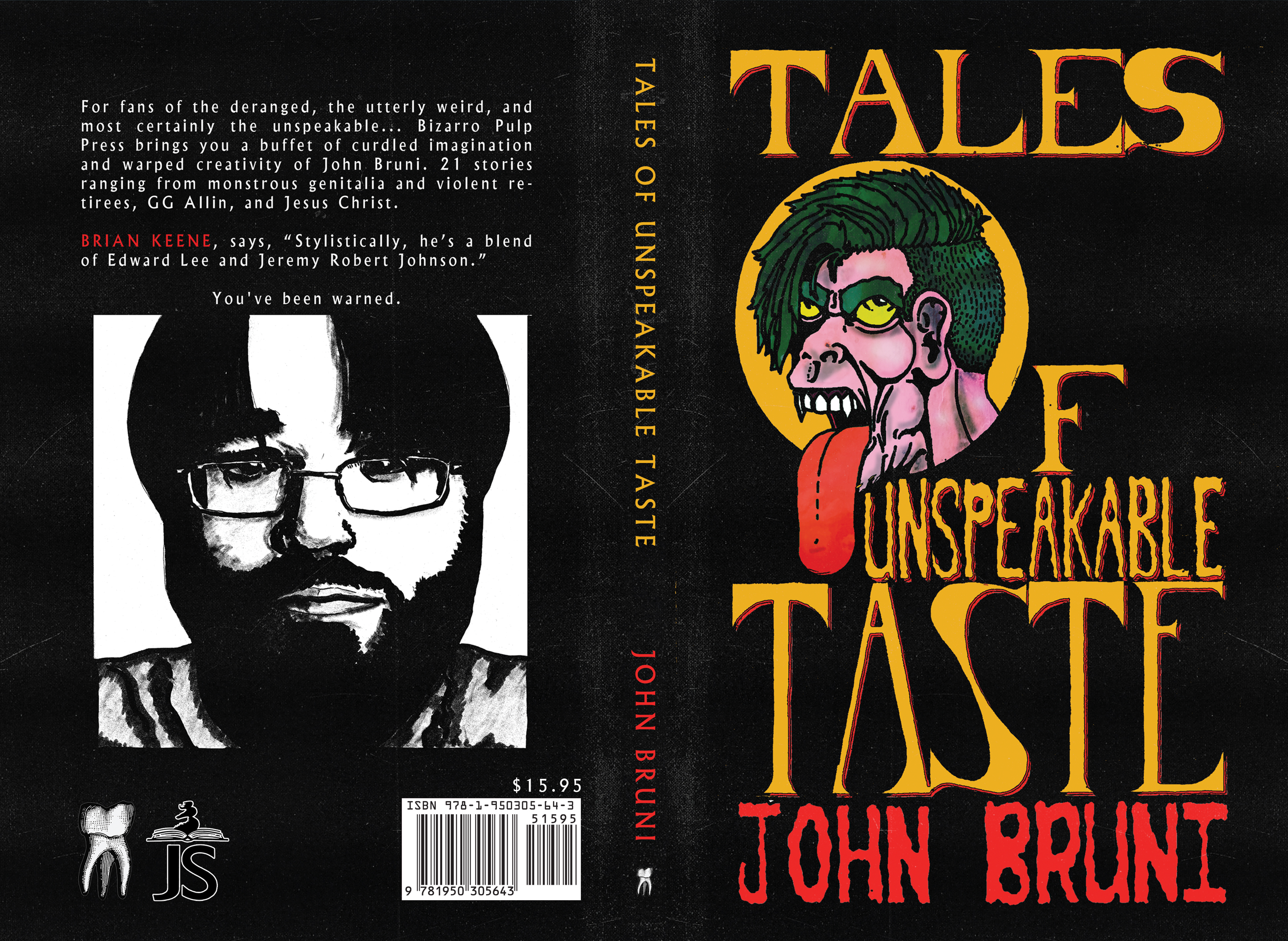 Thanks for reading and please share! Let’s get some love for all these projects and their respective authors.